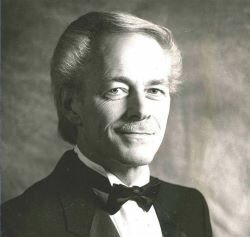 Please share a memory of Don to include in a keepsake book for family and friends.
View Tribute Book
DONALD JAMES PRITCHARD November 18, 1944-September 18, 2022 It brings our family deep sorrow to announce the peaceful passing of Donald James Pritchard who was the deeply-loved husband of Jane (Tolhurst) for 54 years; father to Amy Groleau, Eliot (Natalie) and Allison Pearson (Tom) and Gramps / Grandpa to Alexander; Shelby-Dawn; Zella; Reagan; Aiden and Ronan and brother-in-law to Lynn and Dave Hunt; Scott and Miriam Tolhurst and Evelyn Tolhurst. Don was known in the community as the meat manager of Dominion / AandP Store Brantford until his retirement in 2003. He then became the groundskeeper of Her Majesty’s Royal Chapel of the Mohawks for a number of years, as well as many private properties throughout Brantford and Brant County. A man of God, faithful and trust-worthy, Don felt called by God in 1978 to use his musical talents and began vocal lessons with the late George S. Smale, a prominent musician in Brantford. Realizing his gift, Don studied all of the necessary elements required to complete his Associate Diploma (ARCT) from the Royal Conservatory of Music, Toronto with first class honours and as the vocal gold medalist for Canada in 1990. His daughter Amy had the privilege of providing piano accompaniment for her dad for over 40 years as they ministered together in church services, funerals, weddings and birthday celebrations. Predeceased by parents Thomas and Ella Mae, sister Irene (late Don Roswell) and brother Larry (late Louise), Don is now at rest from his labours here on earth and is singing in The Holy City for His Saviour and Lord. Visitation for Don will be at Beckett-Glaves Family Funeral Home, 88 Brant Avenue, Brantford on Thursday, September 22, 2022 from 5:00 p.m.-8:00 p.m. and Celebration of Don’s Life will be held on Friday, September 23, 2022 at 1:00 p.m. in the chapel of Beckett-Glaves Family Funeral Home. Donations would be appreciated by the family in Don’s memory to Brant Food for Thought or Hearts to Homes Feline Rescue and Sanctuary. A tree will be planted in memory of Don in the Beckett-Glaves Memorial Forest.
Thursday
22
September

Share Your Memory of
Don
Upload Your Memory View All Memories
Be the first to upload a memory!
Share A Memory
Send Flowers