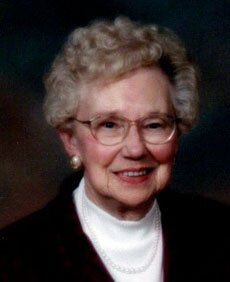 Please share a memory of Alma to include in a keepsake book for family and friends.
View Tribute Book
Fraser, Alma (nee Rippingale)- Alma is predeceased by her beloved husband Bruce (2013) and brother Kenneth (1997). Loving mother to Terry (Susan) of Tillsonburg, Ontario and Gail (Art) of Richmond, B.C. grandchildren Ross, Drew, and Jordan and two great grandchildren, Aaron and Brielle. Alma spent her first 21 years in London, England where she met her future husband during WWII when he was serving with the RCAF They married in Winnipeg, Man. on June 8, 1946 where they raised their two children, Terry and Gail. The family moved to Brantford, Ont. in 1964. Alma was a medical secretary for 25 years in Winnipeg and Brantford, While in Brantford she worked at Brantford General Hospital (Radiology), and as secretary to the chairman of Pediatrics at McMaster University in Hamilton and later to local doctors in Brantford. She and Bruce travelled extensively across Canada, the USA, the Caribbean islands and to Europe. She was also a member and volunteer at the Brantford Seniors Centre for over 20 years and she and Bruce were members of The Dancing Diamonds round dancing group. She was a dog and cat lover, adopting seven cats in all. In accordance with Alma’s wishes, no funeral services will be held. Cremation has taken place and funeral arrangements are with Beckett Glaves Funeral Centre in Brantford. Interment at Oakhill Cemetery next to her husband Bruce will take place at a later date. Donations can be made to the SPCA or the charity of your choice. The family would like to acknowledge and thank the management and staff of Tranquility Place in Brantford and Harvest Crossing in Tillsonburg for the care they provided in the last few years of Alma’s life. A tree will be planted in memory of Alma in the Beckett-Glaves Memorial Forest.
Online Memory & Photo Sharing Event
Online Event
About this Event

Share Your Memory of
Alma
Upload Your Memory View All Memories
Be the first to upload a memory!
Share A Memory
Send Flowers