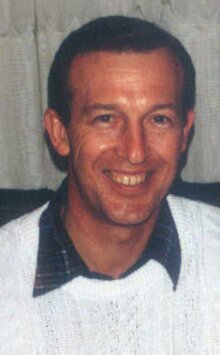 Please share a memory of Bill to include in a keepsake book for family and friends.
View Tribute Book
Jamison, William Tyrone - Passed away peacefully at the St. Joseph`s Hospital Hamilton on Sunday, April 10th, 2022 in his 75th year. Predeceased by his parents Hugh and Caroline, his brothers Thompson and Norman and his grandchild Florian. He is survived by his wife Janice (nee Cooper), sons Bill and Jesse (Natascha) and his grandchildren Benedykt, Julianna and Marlena and his sister Margaret, brothers Winston (Anne) and Raymond (Margaret) and sister in law Sharon and many nieces and nephews. Bill retired from Stelco after 30 years as a Gas Checker. He will be fondly missed by all who knew him. Bill's passion was Powerlifting. He is one of the original founders of the Canadian Powerlifting Union and Ontario Powerlifting Association. Bill was present at the inception of the International Powerlifting Federation. He co-authored the training manual for the International Powerlifting Federation. Bill was not only a lifter, but a coach, mentor and referee at the highest category and was honored to be inducted in the Hall of Fame at the International Powerlifting Federation. Bill had travelled the world to attend many powerlifting championships. He established the Steel City Powerlifting Club. The Bill Jamison award was named after him to be awarded annually to an athlete who demonstrated the highest quality and caliber. Bill had a long and intimate walk with his Lord. Prayer and bible study were integral in his life's journey. Bill had been a Deacon and Sabbath School Teacher at the Brantford Seventh Day Adventist Church. Bill is sleeping and awaiting the resurrection. A Memorial Service will take place on Sunday, April 24th at 1:00 p.m. at the Brantford Seventh Day Adventist Church, 714 Colborne St. E. Brantford. Live webcast is also available at facebook.com/brantford.sda. If desired, donations to a charity of your choice would be appreciated by the family. A tree will be planted in memory of Bill in the Beckett-Glaves Memorial Forest.
Sunday
24
April

Share Your Memory of
Bill
Upload Your Memory View All Memories
Be the first to upload a memory!
Share A Memory
Send Flowers