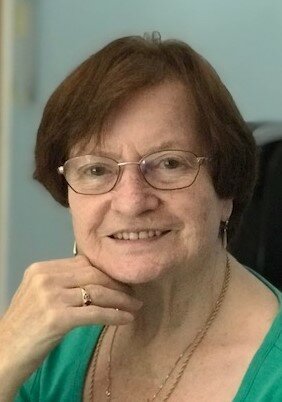 Please share a memory of Elizabeth to include in a keepsake book for family and friends.
View Tribute Book
Elizabeth Van Putten (née Van Ruyven) was small in stature, but certainly not in personality. Elizabeth (aka Bep) left this earth on October 7th, 2021, in her 83rd year, to walk in eternity alongside her husband Karel of 53 years, who predeceased her in 2015. A gifted craft person she could crochet, refinish furniture, or do macramé. She was equally adept in gardening, wallpapering, and repainting her house. A fierce competitor in her youth at tennis and badminton who even sang in the church choir. A true lover of dogs, but only one cat, Minou, ever carved a place in her heart. Born in the Netherlands, March 2nd, 1939, the third youngest of 10. She is survived by one brother Seim and many nieces, nephews and relatives in the Netherlands. After marrying Karel on April 20th, 1963, in Loosduinen, Netherlands they came to Canada on their permanent honeymoon, settling in London, Ontario. Here in Canada, she leaves three children, Diana, Frieda and John (Michelle). Oma to eight grandchildren Jennifer, Stephanie, Raven, Kenya, Adriana, Shae, Asia, Logan and two great-granddaughters Mackenzie and Laurel. A celebration of her life will be held on Saturday, October 16th from 1-3p.m. at Beckett and Glaves Family Funeral Centre, 88 Brant Ave. Brantford. A Private family interment will follow. In lieu of flowers, a donation in her memory can be made to Hillside Kennels Animal Control, Sato Saved End of the Line Rescue, Brant County SPCA or Canadian Diabetes Association. Thank you to the caring staff at Seasons and John Noble Home, Brantford. A tree will be planted in the Beckett-Glaves Memorial Forest in memory of Elizabeth.
Saturday
16
October

Share Your Memory of
Elizabeth
Upload Your Memory View All Memories
Be the first to upload a memory!
Share A Memory
Send Flowers