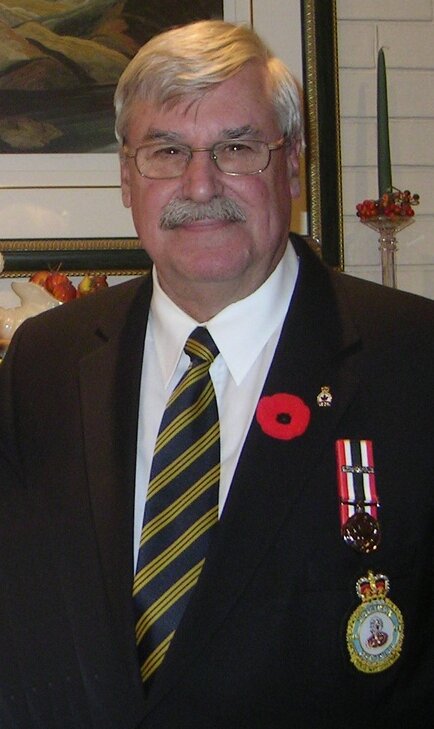 Please share a memory of James to include in a keepsake book for family and friends.
View Tribute Book
JAMES EDWARD LLOYD Sadly we must announce the passing of James Edward Lloyd on October 5, 2021, in his 83rd year. He passed peacefully at home in the arms of his wife, Jean. Jim will be missed by his loving wife of 20 years, his four children: Stephen (Liz), Tracey (Doug), David (Cathy), Linda (Dan), their mother Joanne and honorary family member Pat McQuinn. Jim had nine grandchildren: Cooper, Natalie, Heather (Brian), Megan, Kevin, Kyle, Jake, Jamie (Amanda), Liz (Riley). He also had one great granddaughter who did not quite arrive on time to meet him. Everyone knew Jim to be a genuine people person, who valued family and friends above all. Countless friends from Ontario, BC and Florida, where they spent their winters for 18 years, will remember him fondly and miss his warm character. Jim was born January 24, 1939 in Vancouver, BC and grew up in Edmonton AB. Jim was the eldest of five boys. He is predeceased by brothers David and Philip and is survived by Ron and Rick, both of BC. A veteran of the RCAF, spending three years in Germany, Jim went on to a rewarding and successful career in the emerging tech industry beginning in 1966. He worked for some of Canada’s premier technology companies in various service management roles in Ontario, BC and Alberta, retiring in 2005. As per his wishes there will be a Celebration of Life for friends and family at his favorite gathering place, The Knights of Columbus, 12 Catharine Ave, Brantford, ON, on Friday October 22, 2021 1-3pm. Cremation has taken place. Arrangements are entrusted to the Beckett-Glaves Family Funeral Centre, 88 Brant Avenue, (519) 752-4331. A tree will be planted in memory of James in the Beckett-Glaves Memorial Forest.
Online Memory & Photo Sharing Event
Online Event
About this Event

Share Your Memory of
James
Upload Your Memory View All Memories
Be the first to upload a memory!
Share A Memory
Send Flowers