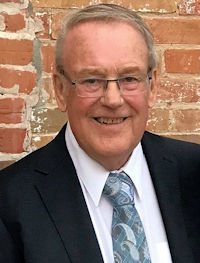 Please share a memory of Donald to include in a keepsake book for family and friends.
View Tribute Book
It is with profound sadness that we announce that Donald Gordon Guindon passed away at St. Joseph’s Hospital in Hamilton on December 21, 2020, at the age of 74. Don is survived by his loving wife Margie (née Donovan). He is predeceased by his parents Rae and Albert Guindon. He was a proud father to Alisha (Rob), Kim (Doug), and Kelly (Ken), and step-father to Lloyd and Lisa. He will be greatly missed by his brother Ron (Dean), and brothers-in-law Naish (Lil) and Ray (Christina). Poppa Don will be lovingly remembered by his grandchildren: Brandon (Megan), Riley, Maisie, Aiden, Jadie, Meaghan and Abigale. He will be fondly remembered by his nieces and nephews, many cousins and friends. He will be greatly missed by his cherished dog Starla. Don was born in Almonte, Ontario in 1946, but moved to Brantford as a small child. Along with his younger brother Ron, Don grew up on Gladstone Ave in the house that his parents, Rae and Albert, owned for over 50 years. He had a large extended family, and he was close to several cousins throughout his life, including Bob and Rick Moulton, and Gary, Brenda and Ken Lynch. Don worked at Harding Carpets for a couple of years, then at the age of 22 he took a job at Gates Rubber, where he stayed on in the plant until retirement, working his way up to a supervisory position. Don met two of his closest friends at Gates, Ron Kovacs and Moss Monteith, who became lifelong friends. It was common practice during the work week for Don to go to his parents’ house for lunch, since they lived close to Gates. He enjoyed their company of course, but he also indulged his life-long sweet tooth with his mother’s famous desserts. He remained very close to his parents and brother throughout his life. When his three daughters were born, Don took on the role of loving father with ease. For most of his life he worked the 7-3 shift at Gates, which allowed him to spend time with his children in the evening. When his girls were in high school, Don picked them up after school every day and drove them home or to their various jobs. This gave him the opportunity to stay close to his daughters, through the teenage years and beyond. He was a dedicated family man, and his love was naturally extended to his two step-children, and eventually to his 7 grandchildren. Don and Margie met through a blind date arranged by Don’s cousin Brenda, who worked with Margie at Levi’s. They soon took on the ambitious task of raising their five children together. Summers were spent camping at Crestwood Lake, where they had many adventures and campfires with friends, in particular Moss and Jan Monteith, as well as family members Ron and Dean Guindon, Brenda and John Bridgewater, and Ray and Karen Donovan. When their kids were grown, Margie and Don continued to enjoy camping for many years. They also decided to forego the cold Canadian weather, and they spent many winters down south in Florida, where they had many friends. Don thought nothing of the long drives to Florida. He loved to drive and was proud of the fact that he drove for nearly 60 years accident free. Don struggled with his health in the last five years of his life, making it increasingly difficult for him to enjoy life to the fullest. He spent more and more time at home, on the couch with his beloved dog Starla on his lap. Don will be forever remembered by those who knew him as a hard working, dedicated and loving family man and friend. A private service will be taking place. Arrangements have been entrusted with Beckett-Glaves Family Funeral Centre, 88 Brant Ave., Brantford, 519-752-4331. Condolences to the Heart and Stroke Foundation or Kidney Foundation would be appreciated. A tree will be planted in memory of Don in the Beckett-Glaves Memorial Forest. “The best portion of a good man’s life is his little nameless unremembered acts of kindness and love.” (Tintern Abbey, poet)
Online Memory & Photo Sharing Event
Online Event
About this Event

Share Your Memory of
Donald
Upload Your Memory View All Memories
Be the first to upload a memory!
Share A Memory
Send Flowers