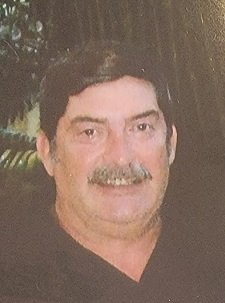 Please share a memory of Joseph to include in a keepsake book for family and friends.
View Tribute Book
Joseph Matthew Lugossy – February 4, 1956-July 2nd, 2021 After a short courageous battle with cancer, Joe passed peacefully at home surrounded by his family on July 2, 2021. He will be greatly missed by his loving and devoted wife Valerie, his three children Tara Kelly (Jay), Joseph Donato (Sarah), Kaley Martorelli (Joseph). A devoted grandfather to eight grandchildren Catherine (Michael), Jayne (Branden), Dawson, (Amanda), Mia, Adriana, Michael, Cole, and Leah. Joe is predeceased by his parents Joseph and Agnes Lugossy and his brother David Lugossy (Sandra). Joe was a loving brother and brother-in-law to Bette Bronson (Dennis), Bob Lugossy (Denise), Valerie Desautels (Roger), Sharon Mulholland (Steve), Judy Wylie (Bruce). He will be greatly missed by many nieces and nephews. Joe served his country honorably as a member of the Canadian Armed forces where he served as a Master Corporal in the Air Force for over 23 years. He was stationed in Germany for many years and his service took him all over the world and led him on many peacekeeping missions such as the Suez crisis, Lebanon, the fall of the Berlin Wall, Cyprus, Rwanda, and the Gulf War. After his retirement from the military Joe started a new career at Kelowna Flight Craft in Hamilton Ontario where he met his wife. He worked as a crew chief of structures for 24 years and recently retired in 2019. He was a very humble, hardworking, and loyal man who devoted his everything to everyone he loved. Joe enjoyed his yearly trips down south with his wife and friends, he also loved golf and trained himself to become quite the carpenter. With this skill he made many keepsakes for his children and grandchildren which will be cherished forever. He was the strongest and bravest man we knew, and he fought right until the end with not a single complaint to even know he was suffering. Joe will be greatly missed by the many friends he made along his journey in life and the ones that remain will never forget him. Forever and always in our thoughts and hearts, until we meet again. The family would like to thank the staff and nurses at the Haldimand outreach program for all their support during this difficult time with a special thank you to Joe’s primary nurse Jenna Smith. At the family's request, cremation has taken place. A private service will be held for immediate family and a celebration of life will be held at a later date. Arrangements are entrusted to the Beckett-Glaves Family Funeral Centre, 88 Brant Avenue, (519) 752-4331. A tree will be planted in memory of Joe in the Beckett-Glaves Memorial Forest.
Online Memory & Photo Sharing Event
Online Event
About this Event

Share Your Memory of
Joseph
Upload Your Memory View All Memories
Be the first to upload a memory!
Share A Memory
Send Flowers