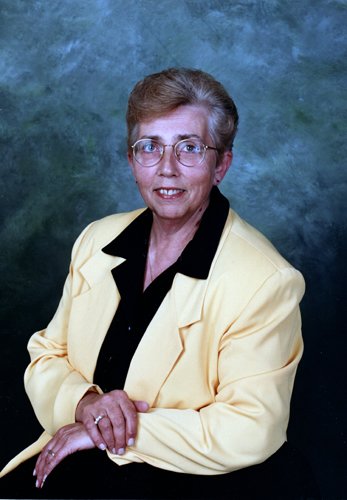 Please share a memory of Lynda to include in a keepsake book for family and friends.
View Tribute Book
Lyster, Lynda Pauline Passed away suddenly, after a short battle with Lung cancer, on Feb 4th, 2018, in her 72nd year. She is survived by her loving husband of 48 years, Rodger Lyster, her 2 children Rebecca (Jake), Rick (Stephanie), her sister Joyce, and sister in law Betty. Predeceased by her parents Jim and Mary Howell, her Brother Bill, and Sister Peggy. Growing up on a family farm in St. George, Lynda was a person who learned early on the benefits of a strong and loving household as well as the hard work it took to maintain it. She was someone who valued not only loyalty and family but also independence and free spirit. It was these qualities which led her to Kemptville College for her education. She studied to become a teacher so she could use the knowledge that she had gained to instruct others on the values she held so dear. It was during that time at Kemptville that afforded her the chance to meet the person that would be her partner in life. Lynda and Rodger married in August of 1969 and then welcomed their first child Rebecca in 1972, and the second, Rick in 1974. It was during this time that Lynda's world was turned a little topsy-turvy as she now found herself with two young babies in a small farm house in a little Quebec town called Lachute. Not knowing the language of this new home nor having an initial circle of close friends, did not stop Lynda from venturing forward. She created many great friendships through 4-H, Women's Institute, the neighbors on the "road" and of course her "stitch and bitch" sessions. After raising a family that went on to successfully start their own careers, she and Rodger both made the decision to sell the family farm and move back to St. George. Picking up from where she left off some 20+ years previously, Lynda re-integrated herself back into the St. George life, continuing her work with the Women's Institute, Paris Fair and Meals on Wheels among others. Whether it was growing up in St. George, studying at Kemptville College, teaching in Sudbury, working and raising a family in Lachute or coming back full circle to contribute to her community again in St. George, Lynda made sure to touch as many people's lives as she could. Lynda will be greatly missed by her family, friends and community members in both her "homes" in St. George, ON and Lachute, QC. Friends will be received at the Beckett-Glaves Family Funeral Centre, 88 Brant Ave on Thursday, Feb. 8th, 2018 from 2 - 4 and 7 - 9 p.m. and on Friday, Feb. 9th, from 10 - 11 a.m. A Funeral Service will follow in the chapel on Friday at 11 a.m. A tree will be planted in memory of the Beckett-Glaves Memorial Forest.
Thursday
8
February